The Trumpet Shall Sound 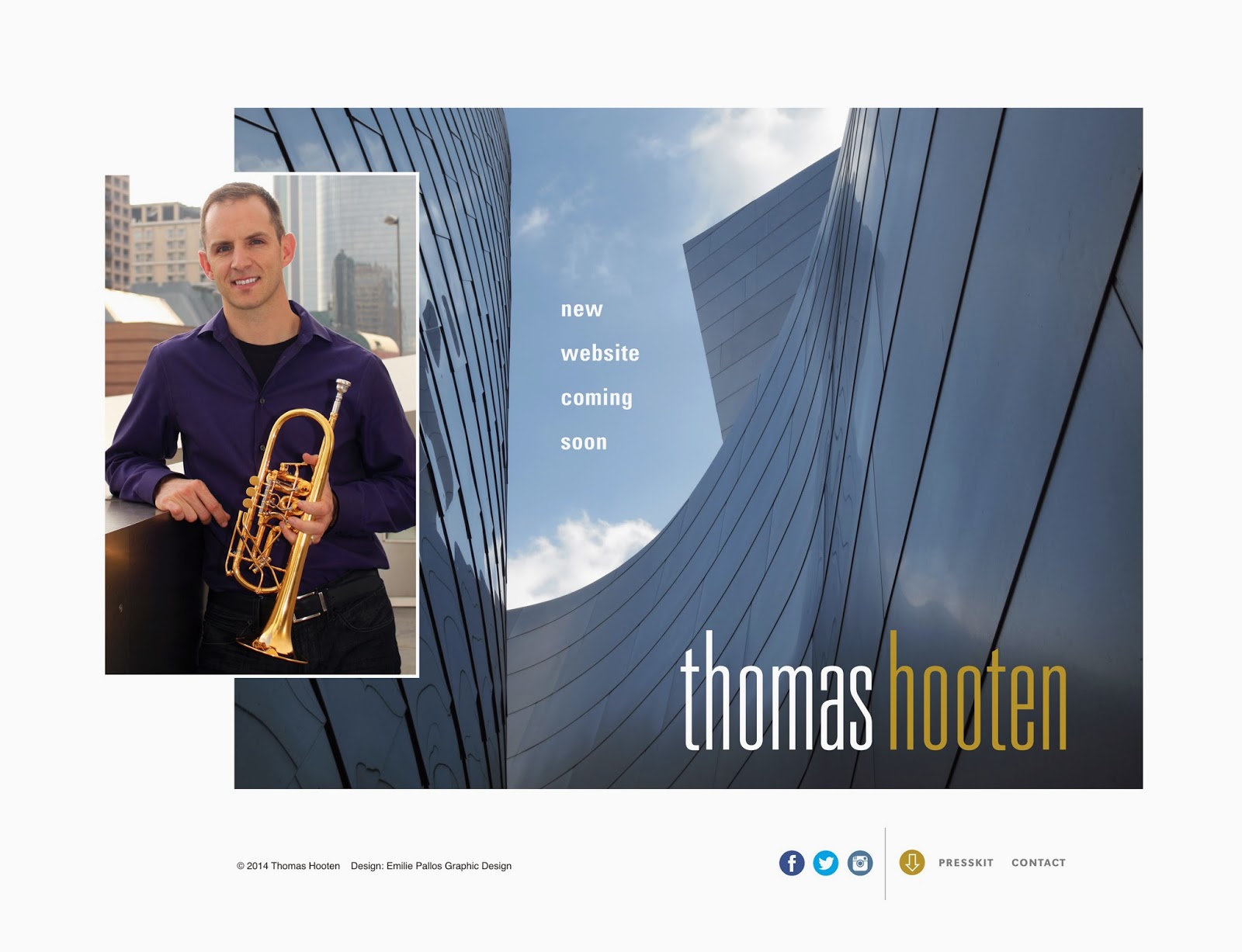 Our office recently began work on a new website and identity for L.A. Philharmonic Principal Trumpet Thomas Hooten. We met Tom after a concert at Walt Disney Concert Hall, where earlier that evening (just as the orchestra began "Daphnis and Chloe"), the hall was rocked by an earthquake. The band played on. Fortunately, the shaking stopped after a few seconds, much to the relief of everyone in attendance!

At the after-party, while talking to Tom and other members of the brass section, Emilie mentioned our design work for clients in a range of professions (including classical music). Her interest in music goes back to childhood — she has attended concerts and operas and has a terrific collection of recordings, especially early music.

Tom was interested in re-vamping his website so the next step was to outline the project in detail and devise a schedule for this extremely busy artist. We also talked via e-mail and conference calls before the first photo shoot.

Location Photography at Disney Hall
Tom and the orchestra are lucky to work in an iconic downtown building with a renowned conductor, Music Director Gustavo Dudamel. During the last 10 years, dozens of production companies have used the hall's exterior as a cool, modern backdrop for car commercials — it's now as famous as the Hollywood sign and California beaches.

Emilie took some architectural shots while Tom was in rehearsal, then directed portraits in various locations in and around the hall that afternoon. Luckily, we had a slightly overcast day and then wispy clouds and blue sky — a welcome contrast to the iconic silver building.

The custom website will debut early in 2015 — for now, we've posted "Coming Soon" page (above). 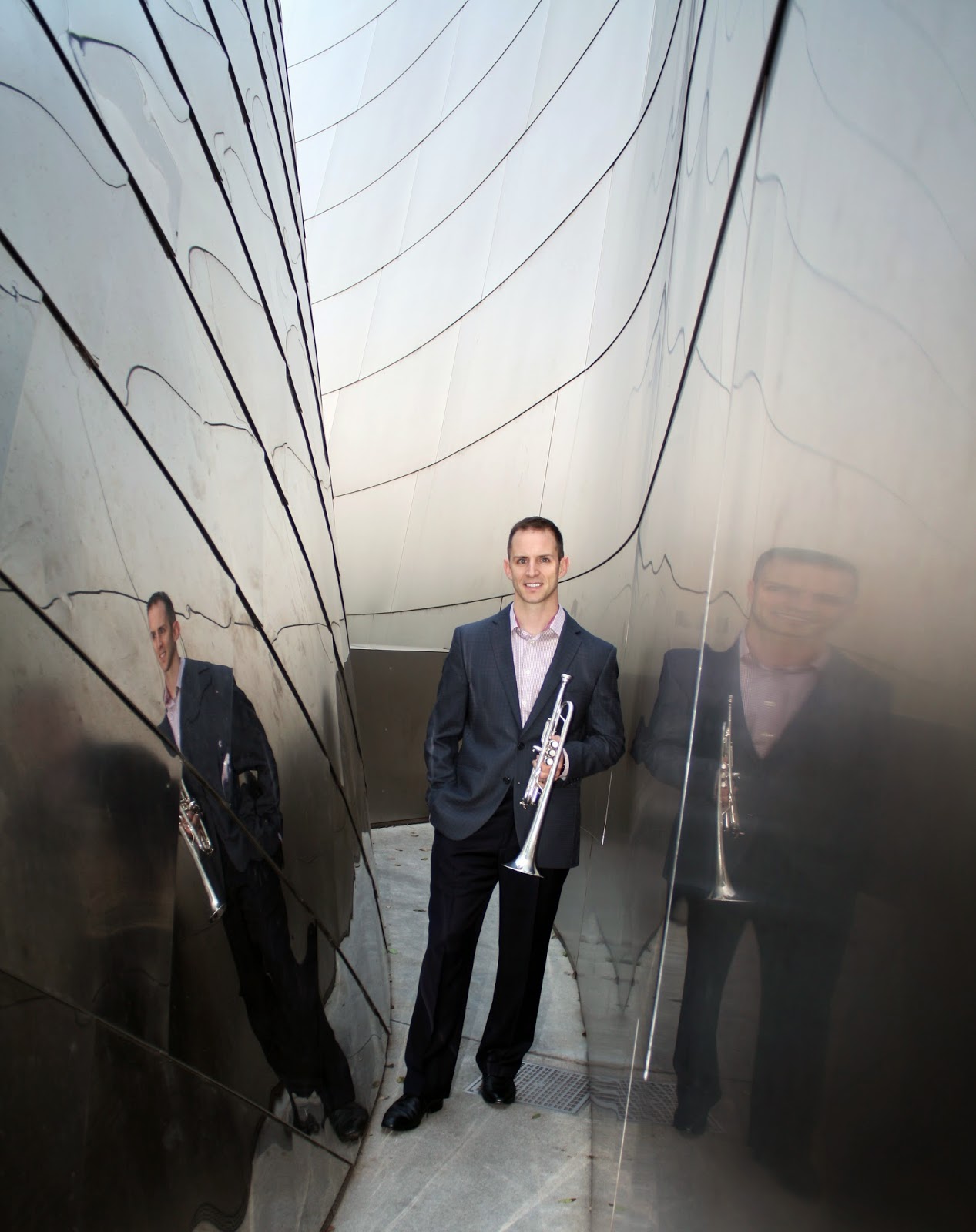 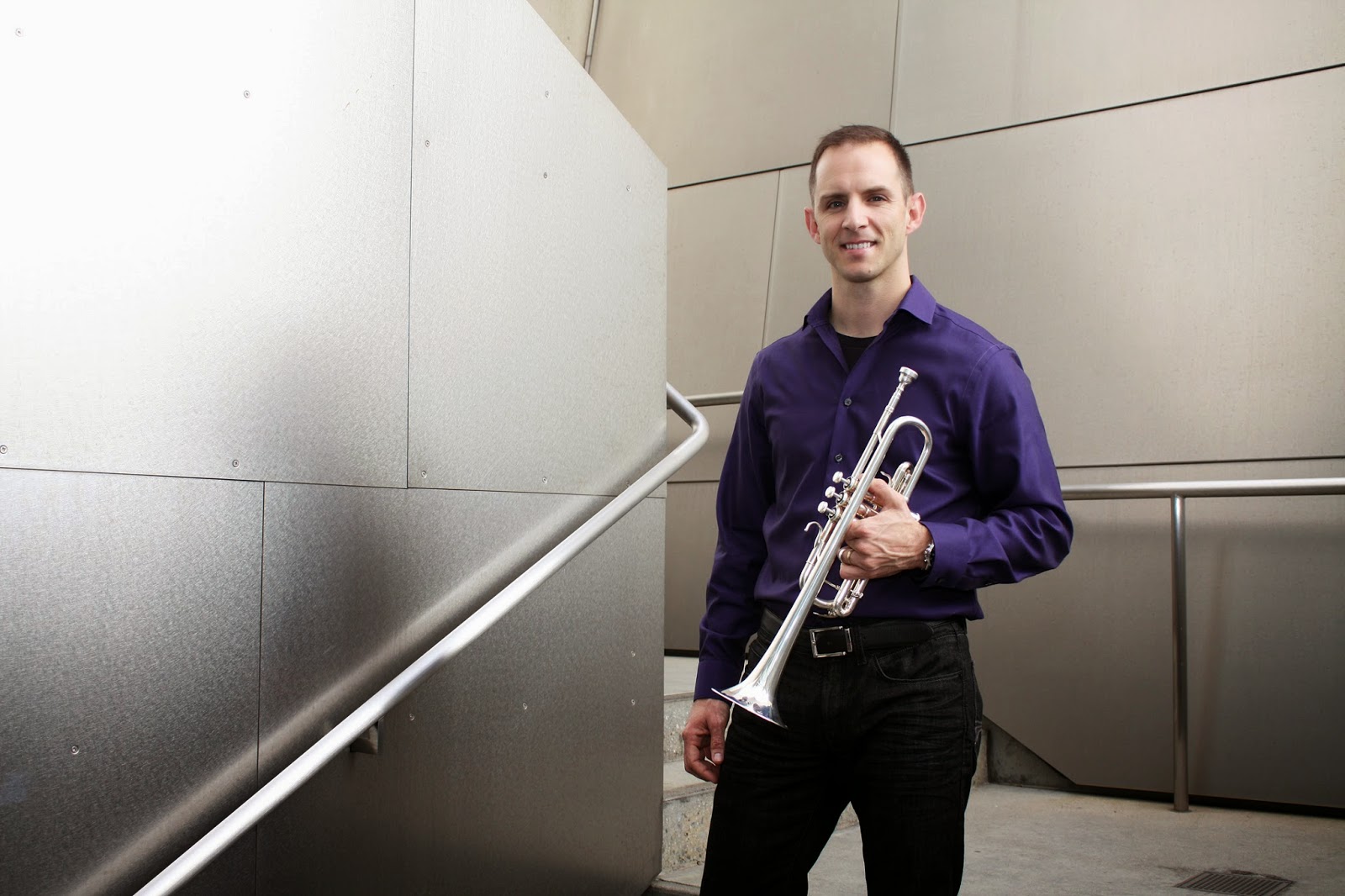 The Last of Mrs. Burling

A short story by Barbara Pallos

Today's post was written by my mom in 2007. She was a fantastic copywriter — witty, observant, and detail-loving. I inherited her droll sense of humor! Thanks, Mom.

The Last of Mrs. Burling
by Barbara Pallos

Our neighbor Mildred Burling, 91, took a fall a few weeks ago. She was on her way to the hair salon, just a block from her Glendale home. She went there every Wednesday.

When she fell, we’re told, two kindly men picked her up, brought her home and called paramedics, who arrived swiftly.

They spent a few minutes inside her house, located across the street from ours, and then to our relief she walked out the front door and climbed unassisted onto their gurney.

Next came a ride in the red Fire Department ambulance — just for precaution, we thought. We didn’t hear sirens. Mrs. Burling’s friend followed in her new Saturn.

She didn’t return home for several days. A couple of other neighbors checked with the hospital and discovered she was undergoing tests and would be confined a few days.

We weren’t too concerned. After all, Mrs. Burling was spry, even at 91. She had a keen sense of humor along with a distinctive Boston accent and had no health problems that neighbors knew of.

True, she had given up her old yellow Chevy a few months before, concerned that her driving had slipped a bit. She didn’t like the speeders along Glenoaks Boulevard, either.

Then we began noticing her walking to the grocery store, getting her hair done, being picked up by a friend every Thursday morning for bowling.

She was exceptionally active for a woman her age.

On Saturday night, just three days after her departure by ambulance, we noticed a big pickup truck pulling up to Mrs. Burling’s house. Two men hopped out and began bringing boxes inside.

Sure enough, the following morning, in light rain, the same men returned and began loading furniture into the truck. The Saturn was back, parked in the driveway.

Two weeks later, the last of her belongings (we thought), including clothes, were tossed into a large curbside bin delivered by a city Public Works Department truck. We felt sad, almost as if her life were being thoughtlessly discarded.

We then learned we were talking with Mrs. Burling’s daughter-in-law.

She told us Mrs. Burling now resides in an assisted living facility, a nice one  and a new one, in nearby Burbank.

She is being well taken care of, we were assured. Then the daughter-in-law dismissed us to speak with a real estate agent who had just arrived.

We sure hoped Mrs. Burling already has her TV and radio in the new one-bedroom apartment. On summer nights we could always hear the Angel or Dodger games blaring away. (She is a little deaf.)

And we couldn’t help wondering if she has her Hammond organ, too. She used to play “Lara’s Theme” from “Dr. Zhivago” all the time.

And does she have any other relatives? We just don’t know. She seems to have outlived almost everyone.

Her house was soon sold to our next-door neighbor. It needs lots of work as the Burlings had lived there since at least the 1950s, maybe even longer. Mr. Burling has been dead for 15 or 20 years; we’re  not sure.

Some items disappeared during the night, spotted and trucked away by roaming scavengers. The remaining goods were collected, courtesy of the city’s “large-item bulky pickup” service.

This time we probably have really seen the last of Mrs. Burling. We won’t forget her, though.

We’ll remember “Lara’s Theme” and Vin Scully drifting across the street and into our house, and we’ll smile, “Mrs. Burling’s home.”

(Barbara Pallos is a freelance writer in Glendale.)

Posted by Emilie Pallos Graphic Design at 6:23 PM No comments: