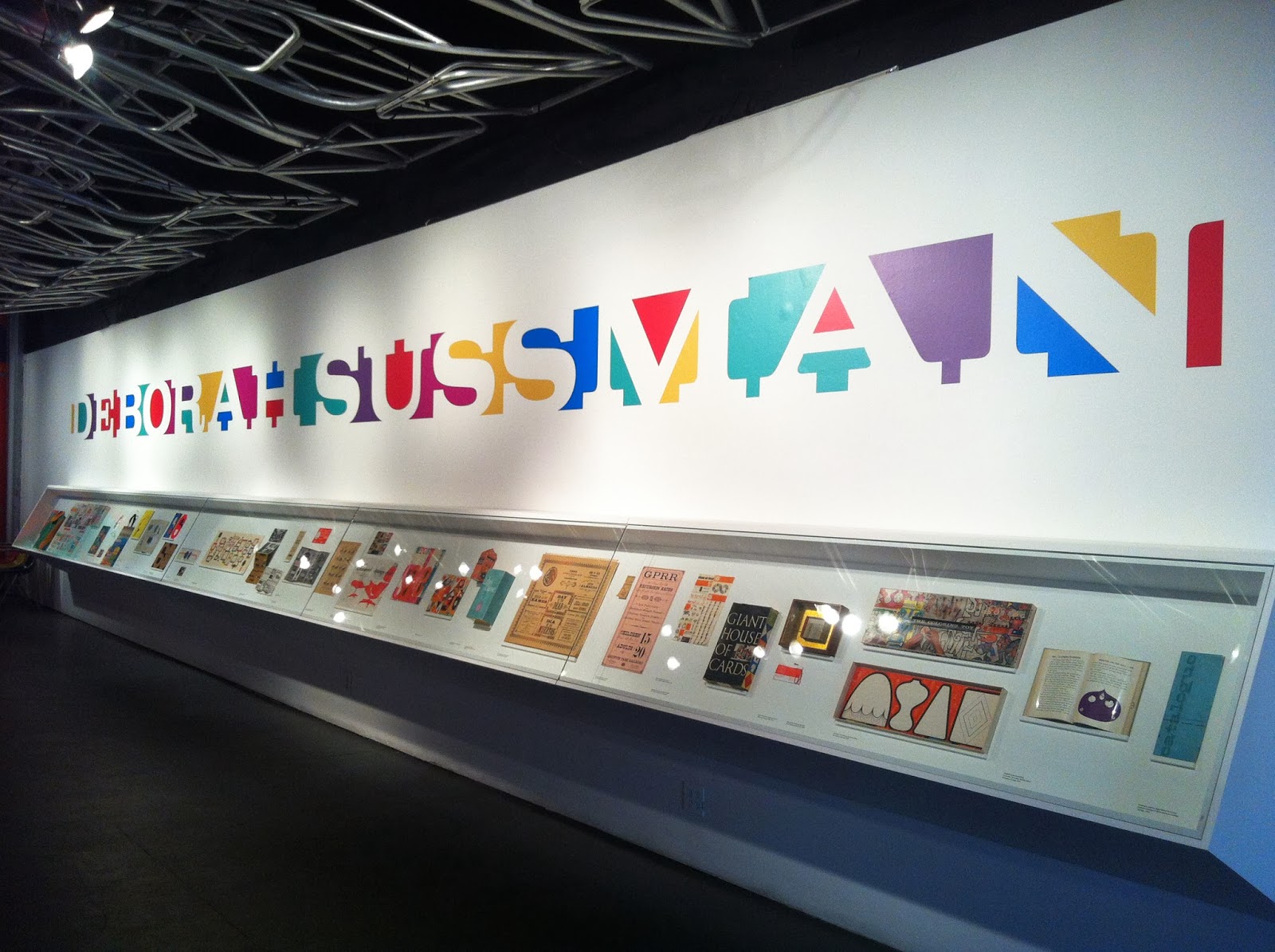 As a young teenager, I attended many events during L.A.'s Summer Olympics in 1984, and have long remembered the "supergraphics" and colors used in and around the venues. Orange, bright green, turquoise and magenta were chosen by Sussman and her design team to reflect the world's athletes.

One of my favorite large-scale design elements at the Olympic venues were "Sonotubes," stylish cylindrical artwork which flanked venue entrances — modern-day Greek columns. They look a bit like giant paper towel rolls wrapped in bright hues, patterns and type. A group of Sonotubes was assembled in WUHO's space. It was great to see them again after 30 years!

This show also featured the artist's early work — including brochures and packaging Deborah created while working in the Office of Charles and Ray Eames (where she began her career in 1953). In the 1950s, Ray Eames and Deborah were among the few women designers in our profession.

Thanks, Debbie, for inspiring generations of designers — including me!

Interviews
Deborah talks about her career in these video clips: